Turn your breech baby into vertex, increase post delivery breast milk and stop vomiting in early pregnancy by acupuncture treatment by specialist in 5* clinic in Nashik. Dr Pardeshi Acupuncture Pain Therapy at Nashik has success rate of 80%. Treatment is safe effective. Online treatment instruction for OUTSTAION patients is possible in selected patients. Contact us for help. Dr Chandrashekhar Pardeshi who himself being qualified obstetrician (MBBS DGO MD) has wide experience in dealing with breech presentation and their correction by acupuncture as breech presentation treatment review.

Sometimes baby may lead by reverse direction that is, buttocks. This is called breech presentation. Causes of breech baby are not known. It may move in course of time to normal vertex position, but if it remains in that breech position in latter part of pregnancy, it may get fixed. Breech baby complications increases especially in first pregnancy. There are no known breech baby causes, therefore cannot answer question as to “why is my baby breech.”

In case of breech delivery especially in premature ones, buttocks being smaller than head, comes out quickly but head does not get time to mould to pass through pelvis of mother. In this situation, head gets trapped tin uterus for some time which may cause asphyxia. Arms may get wrapped around back of neck causing breech baby birth defects like brachial nerve injuries.

When head is hyper extended, breech baby birth defects, including cervical injuries are common. Cord prolapsed occur in 7-8% of patients especially in case of breech baby at 32 weeks. Breech delivery presentation has lower Apgar score at 1 minute of delivery.

What can you do if your baby is breech?

Breech baby positions to turn to normal position is not possible by conventional methods. If you opt to go for vaginal delivery, risks to baby are more. That’s the reason obstetricians advice planned caesarian section for cases of breech baby. If you go for cesarean section there always all risks of major operation and anesthesia plus sufferings of surgery plus scar on abdomen.

Only possible solution to breech presentation is acupuncture treatment. Acupuncture is answer to question “how to turn a breech baby naturally from breech position”. There is no way baby can be corrected to normal position without by physical approach. All old methods of turning baby by allopathic manures are risky and dangerous. Similarly, there are no proved positions to prevent breech baby.

Breech presentation especially below breech baby at 37 weeks can be corrected by acupuncture and Moxibustion stimulating acupuncture points by heat or by needles in 80% of cases. Electro-acupuncture and auricular plaster therapy have also been used to induce cephalic version. Moxibustion is non-invasive, painless and well tolerated by women. There were no adverse effects on women or their infants. The success rate between pregnancy first time and pregnancy more than first time was same. The rate of version was higher in women with an average tension of the abdominal wall than in those with high or low tension. This answers the usual query of how to turn a breech baby at 37 weeks.

Acupuncture and Moxibustion causes series of biochemical reaction – like increased oestridiol production by the feto-placental unit, increased adrenocortical activity, and an increase in the ratio of prostaglandin F2a to prostaglandin E2. In turn this raises uterine basal tone and increases contractility.

The increase in fetal movements and fetal heart rate is one of the most striking effects of Moxibustion; the increased movements are perceived by almost all women towards the second half of the stimulation period and persist even after the end of stimulation. This activity stimulates fetal movements and that results into vertex presentation possible. Stimulation performed in cases of intrauterine fetal death in which case there would be no fetal movements, fail to produce version. This clarifies that this type of version relies on active fetal participation and any explanation based purely on a reflex action of Moxibustion acupuncture mediated by a dermatome must be ruled out.

A recent study of the Cooperative Research Group on Moxibustion reported that 1841 of 2041 women (90.2%) with a breech presentation given this treatment had spontaneous cephalic version. The success rate in the 880 women who were given the treatment after 34 weeks was 84.6%. Eighty-six percent of the versions were achieved after one to four applications of Moxibustion or acupuncture and the remaining 14% after five to ten applications. Another recent randomized trial has shown that acupuncture and moxibustion is more effective to move breech baby and bringing about cephalic version than in controls.

Conclusion "Our study suggests that acupuncture and heating on acupoint BL67 promotes fetal cephalic version. Further studies might investigate effectiveness of other protocols including stimulation of others acupoints by trained acupuncturists and self administration of moxibustion.”

US National Library of Medicine

Conclusion “Acupuncture plus moxibustion is more effective than observation in revolving fetuses in breech presentation. Such a method appears to be a valid option for women willing to experience a natural birth.”

We concluded that the current literature shows a beneficial effect of using acupuncture-type interventions on BL 67, including moxibustion, to induce correction of a breech presentation compared to expectant management.

Conclusions "Our systematic review shows that with regard to the correction of non-vertex presentation, there is a beneficial effect of moxibustion applied at the acupuncture point BL67, whether this treatment is applied alone or in association with acupuncture or postural measures, in comparison with mere observation or postural methods alone.” 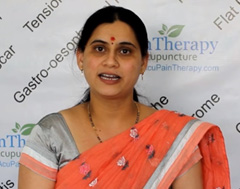 “I am pregnant for 8 months. My baby had breech presentation. I took treatment from Dr Pardeshi Acupuncture Therapy. Now baby had turned to normal position due to acupuncture.” 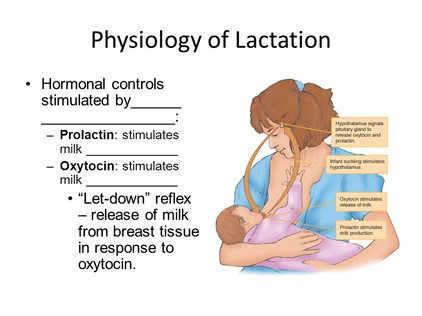 Causes of deficiency of breast milk may be maternal exhaustion, anemia, insufficient rest, retracted nipple, medications etc. Low breast milk production may be due to insufficient breast tissue. Milk glands and duct may not develop properly in some mothers and it may be no reason for lack breast milk production. Under such situation one can take some steps to boost milk supply. Mothers should continue to feed baby to help produce more breast milk. Breast milk supplements may be taken in advised by doctors. Second and latter pregnancies increase milk supply fast.

When to need supplements to increase milk supply?

Acupuncture is excellent means to increase breast milk supply as confirmed scientific studies like one below.

We have been treating breast milk deficiency routinely by Dr Pardeshi Acupuncture Pain therapy in Nashik in our maternity home. Results are generally instant and consistent. No drugs were needed in most of our treatments. 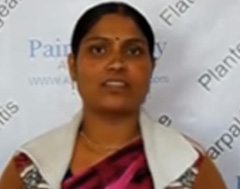 “After delivery I was not getting sufficient breast milk and my bay was not being sufficiently fed. Dr Pardeshi Acupuncture Therapy immediately increased my breast milk”

Patients with pregnancy between 5 and 18 week, many times present with nausea and vomiting. They are not very strong in most cases. They regress on their own or with morning sickness remedies. The nausea and vomiting can sometimes be very strong and may cause electrolyte disorders, dehydration, and diaphragm spasm.

Some Morning Sickness cures like antiemetic drugs are not be preferred for safety reasons, in pregnant women. Medication for vomiting nausea relief may have their own side effects. Thus, non-pharmacological methods, among which acupuncture is becoming better option for its efficacy and safety.

Conclusion "Acupuncture is an effective treatment for women who experience nausea and dry retching in early pregnancy.”

Our maternity home has been following Dr Pardeshi Acupuncture Pain Therapy for treatment of nausea and vomiting of pregnancy for many years without any side effects. Results are evident from this morning sickness treatment review What helps produce more breast milk?

Role of acupuncture in obstetrics is well established. This is more evident in breach correction, morning sickness, labor analgesia, mood disorders, and anxiety. Possible modes of actions are – by increasing relaxation and reducing tension.